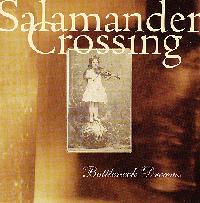 Increasingly some of the best of today's singer-songwriters are turning toward acoustic instrumentation, and there is a new generation of folkies who are bringing back an acoustic approach to their music. Interestingly, bluegrass is proving to be a more significant setting for the presentation of worthwhile new songs. For years, bluegrass was the domain of traditional music, or at least venerable songs written by the style's pioneers. Bluegrass bands were expected to play a standard repertoire and little else. In the 1980s, there was the rise of New Acoustic music, which brought together the instrumentation of bluegrass with the swing and musical sophistication of jazz. As a result, bluegrass in general got a lot less tradition-bound. Bluegrass groups were creating their own music and doing thoughtful songs that might otherwise be the domain of the singer-songwriter. Also, some excellent current songwriters like Tim O'Brien and Ben Winship come out of a bluegrass background.

This all seemed to culminate last year with the multiple Grammy Awards given to Alison Krauss and Union Station, a bluegrass band in instrumentation, but a vehicle for presenting some excellent new songs, both originals and compositions by others.

This week we have another fine example of a bluegrass band focussing their energies on presenting fine quality songs, rather than taking on the traditional role of being hot pickers. The group is Salamander Crossing, and their new third CD is entitled Bottleneck Dreams.

Salamander Crossing is from Massachusetts, which seems a bit incongruous for a style so much associated with the South, and they derive their name from an interesting phenomenon that takes place in Amherst. An annual migration pattern takes thousands of yellow-spotted salamanders across a highway, which caused the local residents concern from their being run over in great numbers by cars. So a tunnel was built under the road for the amphibians, hence the salamander crossing. The group started in 1991 when the future members were attending a banjo workshop featuring John Hartford. When Hartford was unable to be there, four of the musicians gathered started picking among themselves, liked what they heard, and thus the group was begun. The personnel has remained constant over the past seven years with fiddler and vocalist Rani Arbo, guitarist Jeff Kelliher, multi-instrumentalist Dave Dick, and bassist Andrew Kinsey.

Their previous albums have been fairly eclectic, with the second one, Passion Train, produced by acclaimed Boston singer-songwriter Brooks Williams. On Bottleneck Dreams they take an even more interesting approach. They journeyed to Nashville to record, but brought in Canadian producer Colin Linden, who has produced Bruce Cockburn and the reformed 60s group The Band, and whose own music tends toward the blues. And there's a distinctly bluesy undercurrent one can hear on Bottleneck Dreams. Also, Salamander Crossing does not stay exclusively acoustic, as is the credo of many bluegrass groups. Linden plays some electric guitar, and Richard Bell, of The Band plays some subtle and soulful organ with the group here and there. The result is distinctive mix that ends up being rather difficult to categorize, a sort of slightly electric, occasionally bluesy, bluegrass singer-songwriter record with the majority of songs coming from outside the band. But it's a lot easier to listen to than to explain.

Five of the album's twelve tracks are originals, including a banjo instrumental, while the rest comes from a variety of composers, mostly obscure new material that may not have been recorded previously. The outside material tends to be stronger than the group's original songs. As musicians, the members of Salamander Crossing are quite tasteful and understated. While they do take some instrumental breaks, what they play is in support of the songs. Linden takes a distinctive approach in his production of the record, giving the recording a darker sound that proves quite effective for many of the sadder songs.

The album leads off with one of those lyrically melancholy compostions, What Kind of Person, written in 1995 by Les Thompson and Stephanie DeLage. In terms of instrumentation, it's one of the bluegrassiest on the record, with special guest Tim O'Brien sitting in on mandolin and harmony vocal. <<>>

Another of the songs from outside the band is River and the Rain, written by John Daly. Bassist Kinsey does the lead vocal, while producer Linden brings in organist Richard Bell adding a subtle folk-rock flavor. <<>>

The first of the originals is Put the Weight on Me, written by Kelliher. It borrows a line from an old song by The Band, though this song takes more of a country direction with the steel guitar, played by Lee Warren. Kelliher's vocal may not be the strongest in this group, but his song is a good piece of writing. <<>>

One of the most pleasing songs on the album was written by David Hamburger, someone we once had on the Homegrown Music concert series here at WVIA. Hamburger also played with Bruce Cockburn, and was thus familiar to Linden. The introspective piece is called Indigo Rose, and one of its lines provides the source of the album's title. It takes a decidedly folky direction, and Richard Bell's subtle Hammond organ provides a great addition to the sound. <<>>

For those who feel that a bluegrass album should have some fancy picking, there is an instrumental called The Last Iron Horse. But in a typical twist for Salamander Crossing, it's a melancholy banjo solo, very nicely played. <<>>

Another bluegrass tradition in the inclusion of a gospel song. Salamander Crossing includes a contemporary song by Chris Stuart called Paul and Peter Walked. The arrangement, with the added percussion and Colin Linden's spacey electric guitar, is unexpected but quite effective and memorable. It's one of my favorites on this appealing album. <<>>

Vocalist Rani Arbo wrote two of the tracks that appear on Bottleneck Dreams. Something Above is a slow, sad waltz with perhaps the album's weakest lyrics, but the lugubrious performance by the band with the addition of Linden's electric guitar and Richard Bell on a doleful-sounding accordion, makes the track memorable. <<>>

Just to show that the band can do traditional bluegrass, they perform Ain't Gonna Work Tomorrow which they say said they recorded gathered around a single microphone in the manner of the earlier days of the Grand Ole Opry. <<>>

The album ends with a very pretty setting of some words by Alfred Lord Tennyson, set to music by Ms. Arbo, who plays cello, accompanied only by Dave Dick's acoustic guitar and the oddly ominous electric guitar of producer Linden.

The Massachusetts quartet Salamander Crossing's new third album Bottleneck Dreams is rather distinctive mix of bluegrass focussing very much on the songs in the manner of a singer-songwriter record, with some unconventional instruments such as organ and atmospheric electric guitar added. Producer Colin Linden took an interesting approach giving the album an occasionally dark, melancholy sound which proved quite effective in bringing out the generally sad mood of the songs on the record. The result, except for the one bluegrass standard, is a long way from traditional bluegrass. So purists -- and there still are many in the bluegrass world -- will likely have a problem with this record's eclecticism. But if one looks upon it as distinctive singer-songwriter album, with more than half of the music coming from outside the band, it certainly excels in that respect. It's both tastefully done and quite interesting.

From a sonic standpoint, album has much going for it. The CD's dark, intimate sound comes from the almost complete lack of studio effects, including any reverberation on the vocals. Sometimes they could use a little, but overall, the album makes for good audiophile listening, including having a decent dynamic range.

Bluegrass bands are increasingly becoming a viable setting for showcasing intelligent, thoughtful songs, with artists like Alison Krauss and Union Station, Tim O'Brien, Ben Winship and the band Loose Ties. Salamander Crossing's Bottleneck Dreams continues that happy trend, and does it with a good deal of creativity.