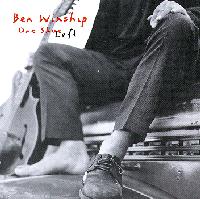 A style called "New Acoustic Music" started during the 1980s when younger musicians with a lot of virtuosity took the instrumentation of bluegrass and went in some very un-traditional directions, such as drawing on jazz, rock and world music influences. At first primarily instrumental, and led by people like David Grisman, Tony Rice and Béla Fleck, New Acoustic Music has in recent years inspired a newer generation of singer-songwriters who use the eclectic acoustic sounds as a backdrop for their songs. One of the best examples is Tim O'Brien, who as a member of the bluegrass group Hot Rise used the instrumentation of the style to create memorable songs in an interesting acoustic setting. In recent years, O'Brien has seen several of his songs recorded by mass-market country artists.

Hot Rise got its start in Colorado, and the Rocky Mountain state, with its big annual Telluride Bluegrass Festival has attracted quite a few bluegrass pickers. As a result a distinctive Rocky Mountain bluegrass or New Acoustic style has evolved, with Tim and his sister Mollie O'Brien, and groups like Loose Ties and Sugarbeat whose sound is decidedly more laid back than traditional bluegrass, and often has a vaguely funky rhythm. These groups also have a tendency to do interesting covers of unlikely material such as songs from the rock world.

Idaho resident Ben Winship has been a member of Loose Ties for some years, and like Tim O'Brien has taken increasingly to writing, and creating some very good songs. Ben Winship's new album is called One Shoe Left.

Winship is a multi-instrumentalist on this, his second album under his own name, playing bass, mandolin and banjo. His songwriting and even vocal style are not too far from that of his friend and admirer Tim O'Brien. He is joined by several other pickers from the area, and in the style, including banjo man Tony Furtado, guitarists David Grier and Nick Forster, plus Sally Van Meter who plays some Dobro and steel guitar. Judith Edelman, with in whose band Winship also performs, is heard on some backing vocals. Making a cameo appearance on the accordion is John Magnie of the Boulder, Colorado- based Subdudes.

Winship's album is a exceptionally fine combination of first-rate original songs plus some creative, unconventional treatments of traditional material, performed with very tasteful, mostly acoustic accompaniment, in the understated Rocky Mountain New Acoustic style. Lyrically, Winship's material is also rather interesting. It's often melancholy and can be tantalizingly ambiguous, and very much open to listener interpretation.

Typical is the excellent opening piece and title song One Shoe Left, the tale of an unfortunate character minus some footwear. Where he came from and what happens to him next is left to the listener's imagination. The instrumental accompaniment with Winship on both mandolin and bass, with Subdude John Magnie on the accordion, is eminently tasteful. <<>>

Winship does provide some notes about the inspiration for some of the songs. Another highlight of the album is a piece called Nowhere, which the composer explains comes from a line from author Michael Ventura, "Nowhere... the only place that's far enough away." Tony Furtado plays banjo in the old-timey style while Ty Burnhoe plays a Indian tabla drum. <<>>

Winship also includes some traditional, or at least old material, and as befits a Rocky Mountain acoustic artist, the arrangements are rather fascinating and quite creative. Louis Collins a song by the late bluesman Mississippi John Hurt, is given a laid back folky treatment with Winship's octave mandolin, a lower-pitched version of the instrument, figuring prominently in the arrangements, with Tony Furtado on a Dobro. <<>>

My favorite remake on the album is R U Missing Me?, an old Louvin Brothers country song, given an laid-back, funky bluegrass treatment. Winship says the arrangement idea happened spontaneously one day while playing a wedding gig in 1993 with Phil Round, who does the backing vocal here, a gig where, Winship writes, nobody was listening to the music. <<>>

Winship also includes some more contemporary cover tunes. One of the most memorable is Quarter of a Man whose title becomes the basis for some clever wordplay in the lyrics of this composition by Bob Fuller. Winship and company give it an acoustic reggae treatment. <<>>

Winship, when he is not making music, has a small farm with some chickens, and they provide the inspiration for a couple of the album's tracks. Henpecked is a whimsical song using Old Joe Clark, a character in a traditional folk song, in another funky bluegrass arrangement, with a group of musicians he calls the Big Dirt Clogs, including guitarist Grier, mandolinist Matt Finner and banjo man Furtado. <<>> Winship's flock puts in a cameo appearance a the end. <<>>

One of the most intriguing sets of lyrics by Winship is a piece called Only the River Knows. It's a song of missing someone, but it's unclear whether the subject of the longing even exists. <<>>

Some more exemplary wordcraft comes on Red Road, which Winship writes was inspired by driving through Northern Ireland, and undoubtedly thinking about the attitudes that brought about the strife there. <<>>

The other chicken song is Crow Black Chicken, about which Winship writes "like my own flock we tried to present this in the organic and free-ranging style." The result is a bit funky and bluesy, with an Indian tabla providing the percussion. <<>>

The album closes with one of its two instrumentals, a melancholy-sounding original by Winship called The 7th Step, with Sally Van Meter on the Dobro. <<>>

Ben Winships's new album One Shoe Left, is an excellent example of what I suppose could be called the Rocky Mountain New Acoustic style. Winship is a fine singer, songwriter and multi-instrumentalist whose articulate compositions are further enhanced by the first-rate arrangements that use some of the instrumentation of bluegrass, but with a laid back, almost funky style. Fans of Tim O'Brien will find themselves right at home on One Shoe Left. Likewise aficionados of New Acoustic style music as well as those who enjoy just plain good songwriting will also find much to enjoy about this CD.

The audio quality of One Shoe Left, which was mainly recorded in his own studio, is top notch. The mix is very good, as is the generally unfettered sound of the acoustic instruments. The only quibble I might have is my ritual gripe about some compression in the mastering process, but the CD still keeps a decent dynamic range.

It's nice when one CD combines excellent songwriting, creative acoustic arrangements and first-rate musicianship. Ben Winship's One Shoe Left does all of that, and makes for fine listening.