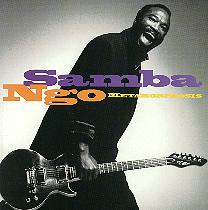 World Music has become surprisingly popular on the contemporary scene. Ever since performers like Paul Simon and Peter Gabriel brought musicians from Africa, the Middle East and elsewhere into their stylistic blend, styles originating in the Third World have seen a great proliferation of album releases in this country. Indeed, some of the trendy pop dance sounds from artists like Talvin Singh and Cornershop are drawing on exotic influences.

In 1986, Paul Simon released his seminal Graceland album which drew heavily on African sounds, especially styles from South Africa. And for sheer enjoyable danceable music, one cannot beat the rich variety of African pop sounds, which themselves are a blend of traditional influences plus Western pop put through a uniquely African filter. One of the richest music scenes in Africa has been in the country formerly known as Zaire, now known as The Democratic Republic of Congo. Soukous and hi-life styles feature a wonderful combination of the traditional African superimposed four and six-beat rhythms along with rippling electric guitars, and a surprising amount of Latin American influence. In fact, soukous was often called African Rumba. Ironically, it was Zaire's corrupt dictator Mobuto Sese Seko who helped to encourage the music scene though sponsorship of competitions among bands. Kinshasa became a real hotbed of great music, with performers such as Papa Wemba, Kanda Bongo Man and Tabu Ley Rochereau. Many moved to Paris over the years and helped to build an active scene there, where African and Western influences would further intermingle.

This week we have another fine performer from Congo with some irresistibly danceable music, Samba Ngo, whose new recording is entitled Metamorphosis.

Actually, Samba Ngo spent time in the two Congos, he grew up in a jungle village in Zaire, the son of an herbal doctor, who taught him some of the rhythms used in the healing rituals. By the age of 15, he moved across the river to Brazzaville, the capital of the adjoining Republic of Congo. He became a member of a group called Echo Noire which began at attract attention not only in Africa but also in Europe. During this period, he moved to the electric guitar, as the soukous style was developing. He recorded nine albums on his own and with other bands before moving to the West Coast of the US in 1986, where he met up with percussionist Bill Summers, formerly of Herbie Hancock's Headhunters band. Ngo began collaborating with American jazz musicians to add a further ingredient to the mix.

Metamorphosis is Ngo's 17th album, but his first with much wide US distribution. As befits an artist with as wide-ranging a background as Samba Ngo, Metamorphosis is a eclectic record, though it maintains a distinctly African sound, with the flowing, complex rhythms, the soukous-style guitar, some instruments like the kalimba or thumb-piano, and the happy-sounding melodic songs. But the album also includes a couple of mostly acapella pieces and some jazz influence.

Beyond the outwardly beguiling sound, there are some interesting less-obvious facets to the record. For one, some of the rhythm tracks are based on a drum machine, with human percussion added on top. That is surprising for African-style music, with its reliance on a very human, flowing rhythm, but it works well here. The other really interesting thing about Metamorphosis isn't apparent until one picks up the CD booklet and reads the translations of the lyrics, which are in French and Lingala. Samba Ngo write some serious, and in many cases downhearted lyrics which are a stark contrast his bright, sunny, danceable music. Most of the words have a political or social angle to them, for example lamenting the loss of traditional ways, or the poverty, corruption or inequality of life in Africa. There is only one piece that could be considered a love song.

The album gets under way with a song in French called Midi Passé, or "Past Noon." Musically it has more of a Nigerian sound in the tradition of King Sunny Ade rather than Congolese soukous. The lyrics are a rather forceful lament on how African countries like Congo will always be exploited for their natural resources. Among the lines are "Suffocated by the diamond, / potassium, magnesium, / independence will not be / at the rendezvous." <<>>

With a bit more of the soukous groove is Dur Dur, or "Harsh Harsh," a rather more general song about life's ups and downs. <<>> Ngo gets an opportunity for a nice guitar solo, in his distinctly African style. <<>>

One of the album's most attractive pieces is Tchidiba or "forgetfulness." The acoustically instrumented track features the kalimba and frames lyrics lamenting the political situation in Congo, how the leaders forgot traditional ways of resolving differences and instead go for guns and all the trouble they bring. <<>>

Another example of the album's complete contrast between music and lyrics comes on To Tuna which translates as "Let's Ask." The wonderfully danceable piece, which combines soukous and South African influences, has really pessimistic words about the problems people face and to the point where some would consider suicide, and that ultimately religion isn't much of a help since, he says, the churches have also sold out. <<>>

In the infectiously rhythmic, classic soukous style is Butché. It's another downcast set of lyrics, which say "When is light going to come? / It's been too long." <<>>

Showing some of Samba Ngo's jazz influence, with the horn arrangements is Ta Longana, which translates as "Let's Understand Each Other." The lyrics take a more positive direction in this piece whose music ironically has a darker quality. <<>>

Mostly acapella is the very distinctive track Mi Mvuka, or "Community." Again, the lyrics lament greed, in this case as a destroyer of community and family. <<>>

One of the few musical disappointments is Muemba, or "Eagle." Its lyrics are ecological, with an admonition not to cut down the commercially useful tree in which the eagle nests. Rhythmically, it's one of the tracks based on a drum machine, which is not flexible enough to allow the flowing African quality to happen. It ends up sounding a bit clumsy in spots, compared to other tracks on the CD.<<>>

The album ends with another very, pretty mostly acapella piece, Yebisa, or "Let Me Know If I Am in Your Thoughts," about the only love song on the record. <<>>

Metamorphosis, the new album by Congolese guitarist, singer and songwriter Samba Ngo is an excellent example of the richness of the African-influenced music scene today. A resident of the US since 1986, Ngo nevertheless captures the spirit of soukous and other African sounds from Nigeria to South Africa in an eclectic, but tasteful and very attractive blend. The music is hard not to dance to, even the mostly acapella tracks. What makes this record so interesting are the mostly downcast lyrics that lament the political and moral state of affairs in Ngo's home country, but unless one comprehends the Lingala, Kikongo and French lyrics, the music comes across as wonderfully upbeat and sunny. Once one reads the lyrics in the CD booklet, it casts a different light on what is a complicated record.

Sonically, the album is well recorded and mixed. Ngo co-produced with CD with engineer and keyboard man Steve Carter. But the Nashville-based Compass label on which Metamorphosis was released for some reason uses excessive audio compression in mastering almost all their CDs, which robs the life and dynamics from their recordings in a misguided effort to make them louder. This album, unfortunately, is no exception.

While the pop scene is absorbing some World Music influences, there's nothing like some authentic African pop, even if recorded in the USA, to remind one of the richness of the music that has evolved in Africa. Samba Ngo's new release is definitely a worthwhile addition to the World Music fan's collection.