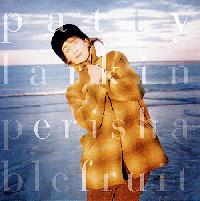 Among the growing number of singer-songwriters on the recording scene, there seem to be two broad categories: the folkies and the rockers. The folkies tend to be on smaller record labels and hold true to the acoustic tradition of folk-singers that traces its origins back to the days of Woody Guthrie. The rockers, on the other hand, are the ones more frequently found on the bigger record companies. They essentially play with a band. Usually, these two types stay distinct, at least on their records. But once in a while an artist makes the transition from one kind of sound to another.

This week we have an example of fine singer-songwriter who in recent years has evolved from making mostly acoustic recordings to being a bit of a rocker on her more recent records. Patty Larkin has just released her seventh album entitled Perishable Fruit. On it, however, she has moved from a fairly electric sound to a more sonically experimental one, with interesting results.

Patty Larkin was raised in Wisconsin and took four years of classical piano before starting on the guitar in the seventh grade. By the following year, she had already started writing songs with that guitar. She attended the University of Oregon, then studied jazz guitar and composition at Boston's Berklee College if Music, famous for its jazz instruction. While at Berklee, she played in a Celtic band that busked on the streets. After college, in the early 1980s, she played in an electric rock band, where she was lead guitarist. She settled in the Boston area, and currently lives on Cape Cod.

Her 1985 debut album Step into the Light introduced us to a fine artist who was musically sophisticated, an astute lyricist, and one who could also show a keen sense of humor from time to time. While her early recordings for the Philo label had some varied instrumentation, they could still be called the work of an acoustic folkie. In the early 1990s, she was signed to Windham Hill Records' High Street division, and with the larger record company came a tendency toward a more electric sound, but with no loss of quality. She did, after all, have the academic background for it. She was also honing her lyrical skills and began to use the recording process to its own creative end. On her last album Strangers World released two years ago, she said she looked upon the collection of songs and their arrangements as "soundscapes," running from the introspective to the energetic. Meanwhile, Ms. Larkin's reputation as a songwriter continues to grow. One of her compositions was recently covered by, of all people, Cher.

On her new album Perishable Fruit, Ms. Larkin extends the studio recording and arrangement process to full-blown sonic experimentation. While her last album was driven by rocky drums, this time she decided to dispense with drums, and record the album for the most part in her Cape Cod home studio. In her words, "I called all my favorite players and said `I don't want to record in a studio. I want you to come out here and stay a few days, and experiment with me. Here's what I want you to think about: How would you go about getting percussive sounds out of your instrument?'" The musicians she called were all string instrument players, including bassist Michael Manring, who had played with Ms. Larkin on previous albums, Ben Wittman who used a detuned lap steel guitar to provide some percussion sounds, plus electric guitarist Marc Shulman, and Richard Gates, who also played bass on several of the tracks. There are also some well-known guest vocalists, Bruce Cockburn, Jane Siberry and Jennifer Kimball, formerly of the duo The Story.

The result is an album that combines thoughtful, often lyrically elliptical songs with a fascinating musical setting which ranges from close to the norm for contemporary folk-influenced singer-songwriters, to spacey, to parts that hint an some of the sonic idiosyncrasies of the alternative rock scene. This sort of sonic experimentation has the potential to be pretentious or trendy or at least direct attention away from the songs, and in the process shorten the lifespan of the music. But Ms. Larkin and company keep things tasteful and interesting, and with the toned-down percussion actually help to keep the focus on the content of the music. Ms. Larkin, by the way, served as sole producer for the first time in her recording career.

Of the album title, she writes, "`Perishable Fruit' implies that there is something valuable and almost alive inside... There is an immediacy to the title that I hoped to convey in the production of the songs."

The direction for the album is set on its opening piece, The Road. There's a hint of Celtic influence in the arrangement, while the lyrics are a typically poetic consideration of a subject that often is on the minds of itinerant musicians. The improvised percussion, done partly by Ben Wittman on his lap steel guitar doesn't call attention to itself, as good percussion should not. It's one of the album's strongest tracks. <<>>

One of the more laid-back pieces is called Coming Up for Air, an oblique love song with a guest vocal by Jane Siberry. The pair make a compatible duo. <<>>

Contrasting to that is the low-down and dirty arrangement of Angels Wings. Once again, Ms. Larkin creates astute wordcraft through her metaphorical lyrics. <<>>

Ms. Larkin rarely comes out with straight love-song lyrics, but about as direct as she gets on the album is the composition called You and Me. Its atmospheric arrangement is striking in its simple beauty. <<>>

A piece whose words are a bit more in the folk singer-songwriter narrative tradition is Brazil, on which Bruce Cockburn is guest vocalist. Not much of an attempt is made to fashion any kind of percussion in this excellent piece, with its arrangement of what could I suppose, be called spacey folk. <<>>

Showing a bit more contemporary, even "alternative" influence is Wolf at the Door. The rocky arrangement is augmented by some added vocals with special effects. <<>> The piece gets into a kind funky folk-rap groove at one point in this set of lyrics borrowing images from the children's fairy tale. <<>>

Perhaps the most lyrically unusual song is Rear View Mirror, about the recriminations and resentment of unfaithfulness. Again, Ms. Larkin puts the album's sonic experimentation to work on the song quite effectively. <<>>

The album ends with its most intimate-sounding piece, Red Accordion, which is just Ms. Larkin playing a National steel guitar, usually the instrument of bluesmen. <<>>

Patty Larkin, over a twelve-year recording career has become one of the bright lights on the so-called "new folk" scene. But for the past few years, Ms. Larkin has been transcending the traditional acoustic-guitar based sound of "folkies" on her albums. For her new CD Perishable Fruit, she embarks on some more sonic experimentation, relishing her role as producer of one of her own albums for the first time. Using various string instruments to replace drums and doing much of the recording in her own home studio, ironically, this experimentation brings her back to a style that has more connotations of folk than her last two CDs, even though it also can be rather sonically adventurous. As usual, her songs are first-rate, standing well on their own with or without the album's distinctive arrangements.

From an audio quality standpoint, the album is first-rate. Ben Wisch, who mixed Ms. Larkin's previous album and produced an earlier one, did an excellent job with this one, varying the sonic textures to fit the pieces, and using special audio effects rarely but appropriately. There is a nice variety in the sonic treatment of Ms. Larkin's vocals, depending on the song.

Patty Larkin's new seventh album Perishable Fruit combines great songs with first-rate musicianship and creative production to make it one of the finest in her career. Her long-time fans are likely to be most pleased, and it may serve to help others discover this outstanding, multifaceted singer-songwriter.