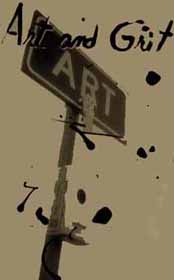 The current revival of the blues has paved the way for some of the less well-known varieties of this great American music form to receive some recorded exposure. When the subject comes up, most rock fans with an interest in the blues tend to think of the high-energy electric approach as purveyed by artists like Eric Clapton, the Fabulous Thunderbirds or Stevie Ray Vaughan. But many other varieties of the blues have developed and flourished over the course of this century. So it's great to hear some up-and-coming groups influenced by sounds like the early R&B of the 1940s, the so called jump bands. And acoustic blues is also finding a growing audience for veteran performers as well as emerging artists like Keb' Mo' and Alvin Youngblood Hart. The audience for acoustic blues was demonstrated when, a few years back, a reissue of original recordings from the 1930s by innovator Robert Johnson sold remarkably well.

This week, we have another acoustic blues release, in yet another style. Texas-based multi-instrumentalist Steve James has just released his third CD entitled Art and Grit, and it features a combination of so-called country blues, some ragtime influence, and a sense of quirky good fun with novelty lyrics that are reminiscent of something you might hear from on old 78 rpm record played on a wind-up phonograph.

Back before the blues got urbanized and electrified, it wasn't always sad music. Often, early blues had lyrics that were fun, or in some way vaguely suggestive, and the arrangements might have jazz or ragtime influenced rhythms. For about the past two decades, Leon Redbone has made a career of reviving old novelty songs in this style, though he favors Tin Pan Alley tunes rather than concentrating on the blues. More recently, San Francisco-based Bob Brozman has also taken to sounding like music coming out of an old Victrola with his resophonic guitars and swingy novelty songs.

Steve James takes this kind of sound and keeps it mostly within the blues sphere with his combination of old songs plus new originals that sound as if they are at least sixty years old. He adds a great mixture of instrumentation including resonator guitars like the Dobro, along with mandolin, banjo, plus some tuba, and comes up with a great sound that is infectious and gives the impression of being very authentic, even though sometimes James adds his own stylistic approach.

His first two albums, starting with his debut Two Track Mind in 1993, and American Primitive a year later, both won a lot of praise in blues-oriented publications, and his new CD continues in pretty much the same vein, though I think it's his best yet.

Steve James was born in New York to a musical family, he decided at a fairly early age that the blues was what he wanted to do for a living after he saw Muddy Waters and Mississippi John Hurt. In the early 1970s, he moved to Tennessee eventually landing in Memphis, where he came in contact and performed with the late Furry Lewis and Bukka White, before settling in Texas in 1977. He has been steadily plying his trade over the years by himself or as part of his band The Bad Livers, sharing the stage with such luminaries as Bo Diddley, John Lee Hooker, John Hammond, Delbert McClinton, and even the late Father of Bluegrass Bill Monroe. James cites "hillbilly music" as another of his influences. One interesting quote I found from James regarding the evolution of his music is this: "We should all hope that we get better, and deeper, and funnier as the years go by. And if that is true, then this should be a better, deeper, and funnier record." That philosophy of trying to be "funnier" among other things, I think, comes across on Art and Grit.

By the way, above mentioned novelty-song purveyor Bob Brozman is one of the guests on this CD, as is Ann Rabson, the pianist in Saffire the Uppity Blueswomen, and Cindy Cashdollar of Western Swing mavens Asleep at the Wheel. The regular group on Art and Grit includes veterans of James' previous albums: bassist Mark Rubin, who also plays the tuba, Danny Barnes, who is heard on guitar and banjo, as well as harmonica man Gary Primich, who fronts his own electric blues band.

While the album doesn't have the tinny sound of an old 78 record, James sings his vocals off-mike and in a kind of half-shouting voice that is evokative of very old records, as is the sound of the instrumentation with the occasional Hawaiian-style guitars, mandolin, banjo, and tuba for bass.

The album begins with a tune that perfectly epitomizes that sound. Ooze It to Me, Mama an old rather ribald song by Jimmy Tarlton. It's one of the album's best, with its ragtime rhythm, the almost slapstick tuba, the slippery resonator guitars sliding all around, and the banjo giving an almost vaudeville touch. <<>>

That is followed by a solo performance of another old song called Wet Laundry Blues, by Amos "Bumble Bee Slim" Easton, who James says could write a blues about almost anything. James again reminds those of us who have heard him before, how able a performer he is in a solo setting. <<>>

The first of the originals is Blues Widow, done as a duo with James on the mandolin and Ann Rabson at the piano. It's one of those new songs James wrote that sounds as if it dates from the 1930s. <<>>

Rock & roll pioneer Chuck Berry is not exactly known as a writer of traditional blues songs, but James and company do a Berry tune called Downbound Train, based on older piece, and give it as real down-in-the-swamp feel. Bob Brozman adds his great slide guitar playing, and proves to be a great foil for James. <<>>

There are a couple of worthwhile instrumental tracks. Hot Time on the Old Town Tonight, a song that dates to the last century, is given a respectful solo treatment on the resonator guitar. <<>>

Another even older piece, Liberty, which Benjamin Franklin is reputed to have advocated for use as the national anthem, is tastefully served up on conventional guitars by James and Danny Barnes, in a rather un-bluesy treatment. <<>>

Another of the old standards on the album is Viola Lee Blues, which even the Grateful Dead recorded. James' treatment is reminiscent of a jug band with the mandolin, banjo and tuba. <<>>

Farewell the Roses is one of the original songs by James. It's a fine composition that would make good material for an introspective folkie. But James gives it his down-home country blues approach, with interesting results. <<>>

Another original is Lookit the Dog, which, according to James, is derived from an expression used by bass players to describe a "certain rhythm thing." Mark Rubin plays a string bass, instead of the tuba, in this rousing country-style blues. <<>>

Steve James' new third release Art and Grit is a great album of rousing acoustic blues, in a style that takes one back in time to the days of old 78 rpm records. The choice of material, the excellent musicianship on the sometimes quaint-sounding instrumentation and the general sense of good fun evokes an earlier period in music long before the blues ever plugged in. James has a healthy respect for the music, he is an industrious seeker of old songs, and he writes new ones with a sound that could have come from the Roosevelt Administration. The arrangements and performances by James and his musical cohorts are absolutely first-rate, and the production and sound evoke the old days without taking to authenticity to the point of bad audio -- a tactic some other blues artists have been known to take.

While the blues was inspired by hard times, Steve James' music is much more about having a good time than about suffering.