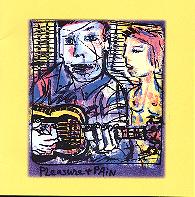 The influence of the blues in American music is not to be underestimated. Jazz, rock & roll and even to some extent African-American Gospel, owe much to the venerable music form. And one of the distinguishing characteristics that academic musicologists point to in discussing how the blues is played is how it goes between the regular notes of the scale, the way notes bend to give the expressive quality and resemblance to moaning that implies the suffering and bad times that inspired the music in the first place.

As a result, getting that bend in the notes has made the guitar an essential part of the blues, with its ability to change the pitch of notes by bending strings. Another technique that is very much associated with the blues is slide guitar, playing the instrument with some object like the neck of a bottle slid along the fretboard. All of this should not need saying, except for the fact that in the late 1990s, much of commercial pop music is losing its blues influence, and thus -- many would say -- its human character. And there may be a generation of pop music fans who might be clueless about the blues.

In any case, the slide-style guitar is the specialty the artist who made this week's album, Roy Rogers. His latest CD is entitled Pleasure and Pain.

Rogers, who is no relation to the movie cowboy, often makes light of his name in for example the title of his debut album, Chops, Not Chaps. This Roy Rogers is based in the San Francisco area and has been gaining a good deal of attention over the past decade or so. As a slide guitar virtuoso, he has been enlisted by the Delta Rhythm Kings, and most notably by the venerable blues great John Lee Hooker. Rogers played in Hooker's band for several years, and served as producer of several of Hooker's albums, including Hooker's very successful 1988 release The Healer, which served as a major comeback record for Hooker. Since then, Rogers has produced Hooker's subsequent albums, and over the years worked anonymously doing film soundtracks, including One Flew Over the Cuckoo's Nest and commercial jingle work.

Rogers' latest album is one of his best, spotlighting both acoustic and electric slide style guitar, and his appealing vocals that always sound as if he is having a good time. The songs, all original and mostly co-written with others, range from atmospheric acoustic blues to down-in-the-swamp rockers, to funky, to the kind of New Orleans-influenced sound that was the specialty of the Little Feat band. He even does a funky duet with a Peruvian harp player, and all of it is top notch. Obviously Rogers makes little attempt to be traditional, but the combination of the excellent writing and superb musicianship makes this an album for anyone who likes blues with a good-time feel.

Rogers is joined by a regular band, who also demonstrate their versatility with the variety of material: bassist Steve Evans, who plays acoustic as well as electric bass, drummer Johnny Sanchez, who is great at that down-in-the-swamp beat, and keyboard man Phil Aaberg, who interestingly, had a career as a new age piano artist for Windham Hill Records some years ago. They are joined by some backup vocalists, including Sammy Hagar, formerly of Van Halen.

Rogers is known for his hot slide work, but like most of his previous albums, the focus of Pleasure and Pain is on the overall music, with the compositions being strong, and the interesting arrangements covering a lot of stylistic ground being another of the album's strong points. Rogers' solos are often impressive, but so is the breadth of material.

Things get under way with one of the album's more unconventional tracks, Down Here in the Real Big Empty, a spooky-sounding acoustic tune with particularly interesting lyrics. Rogers is heard on two acoustic guitars, one spotlighting his haunting slide work. <<>>

A complete stylistic opposite to that is the following piece, Will My Love to You, which heads directly for the swamp with some more great playing by all involved, including drummer Sanchez. The lyrics are a clever backhanded love song. <<>>

Rogers and company go for the classic Little Feat style on one of the album's most infectious tunes, Maybe Not. Naturally, in this kind of a setting, Rogers gets to put in some hot slide playing. <<>>

Sammy Hagar makes his appearance on another tune with a kind of Little Feat swamp-rock groove, You Can't Stop Now. The track is probably as close as this album comes to mainstream rock. Hagar puts in a respectable performance on the section he sings. <<>>

In the acoustic mode is I'm Falling by Degrees, on which Rogers is featured on a metal resonator guitar, in the tune that musically resembles the style of his musical colleague and production client, John Lee Hooker. It's something else at which Rogers excels. <<>>

Stepping away from the blues and more into the realm of a folky ballad is My Lost Home in Your Arms, with lyrics to match the tasteful, mostly acoustic setting. <<>>

Toward the end, Pleasure and Pain starts to get even more eclectic. A piece called My Rose in the Snow, is a lost-love song that has a Spanish stylistic tinge. <<>>

Down at Josephine's, which celebrates a real or imagined juke joint, is like zydeco minus the accordion. Tom Rigney plays some Louisiana style fiddle in this appropriately danceable tune. <<>>

The album's most unusual piece is the instrumental called What the Funk, which as its title implies, has a funky beat. Rogers is joined by Carlos Reyes who plays a South American harp. It's an interesting combination of sounds, but it works. The almost angelic harp is an interesting foil to the driving beat of Rogers and the rhythm section. <<>>

The album ends with an introspective acoustic resonator guitar solo called Gone But Not Forgotten, which has an almost Middle Eastern sound. <<>>

Roy Rogers is one of the most respected slide guitarists in rock and blues these days. His career has seen him do everything from working with venerable blues masters to making commercial music for to sell jeans. He served as producer for the Grammy-Award winning duet between Bonnie Raitt and John Lee Hooker I'm in the Mood, and he has been releasing a series of impressive and tasteful solo albums. I think his new one, Pleasure and Pain, is best his yet, combining as it does good writing, including literate lyrics, an eclectic and wide-ranging musical vision, and of course his excellent guitar work. His band on the album is also a particularly fine one, marked by their versatility and taste.

Sonically, the CD is also a class act. Rogers produced the album himself together with engineer Arne Frager who did a great job capturing the quality of Rogers' various guitars, and getting especially good sounds on Jimmy Sanchez' drums. There is also a respectable dynamic range, which is most welcome.

Roy Rogers often makes light of his name, calling previous albums Chops Not Chaps and Blues on the Range. But one listen can tell that the movie cowboy could never play the blues guitar like this.