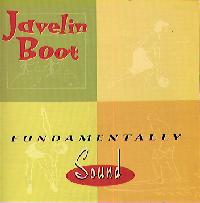 Pop music can range from the highly creative, iconoclastic or virtuosic to simple and downright dumb. The latter, of course, rules the commercial radio airwaves, made worse by being slickly-produced, simple and dumb. But uncomplicated and melodic pop songs don't have to be brain-dead. Rock, of course, started out being simple, direct music, and periodically, when it reaches the point of being slick and pretentious, artists come along who try to shake the music back to its roots.

The archetype of bright, hummable music that was also imbued with a level of intelligence and musical creativity was the middle-period Beatles, who themselves were forging a mix of rock & roll and R&B roots, with the acoustic guitar-and literate lyrical approach of the 60s folk movement led by Bob Dylan.

Over the years this kind of music has waxed and waned in popularity, as new generations re-discover it. A decade ago, R.E.M. grew enormously popular with an offshoot of it that the pundits dubbed "jangly guitar" music, a style that also owed a lot of its influence to another seminal Sixties group, the Byrds.

This week we have another good example of "jangly guitar pop," by an Austin, Texas-based trio called Javelin Boot, whose new fourth CD is entitled Fundamentally Sound.

Although quite a few younger bands have been appearing sporting that style, Javelin Boot are actually of the same generation as R.E.M., having been together now for fifteen years. I'll admit that this is my first introduction to this veteran band's musical output. They come across as an interesting mix of appealing pop with ringing guitars, hummable melodies, disarming vocal harmonies and lyrics that range from simple love songs to acerbic social commentary. They manage to pull it off with the kind of disarming charm that was a Beatles trademark.

All three members of Javelin Boot write, and each has a different style. The most frequently represented composer on this CD is guitarist Dan O'Neill, who writes the social commentary, which ranges from observations on the general decline in standards to the so-called glass ceiling sex discrimination in the business world. Even when he writes love songs, there's usually a subtext that relates to the larger world, while the band's music sounds like the purest innocent pop. Drummer David Mider tends toward the personal relationships in his lyrics, though he comes up with some good metaphoric lines. Bassist Blake Patterson on his two songs, supplies lyrics that go with the pure pop sound of the band. Javelin Boot is mostly self-contained on this album, with some guitars and vocal overdubs to fill out the sound. They are joined by the album's recording engineer Craig Robinson who plays some keyboards here and there. But the Javelin Boot sound revolves around jangly guitars and vocal harmonies that have a kind of unwashed slightly quavery sound that manages never to get out of tune, which gives them a lot of their charm.

The album begins with one of Dan O'Neill's few straight love songs, a track called Suspense. Those with long memories can soon hear where this band is coming from -- the jangly guitars with folky chord changes borrowed from the Byrds, with Phil Spector-influenced touches like the tambourine and castanets. Those of a slightly younger generation might draw parallels to early R.E.M. In any case, it's an epitome of the charming and timeless pop sound of this group. <<>>

The first of the songs by drummer David Mider is also both charming and lyrically clever. Radio Flyer uses the old-fashioned child's toy wagon as a metaphor for life and its stages. <<>>

One of the band's strongest social commentaries comes on guitarist O'Neill's song Down. It's a punky-sounding philippic on cynicism, at first seemingly from a Generation X-er's point of view, but also with a nod toward good old-fashioned idealism. <<>>

Bassist Blake Patterson's song It's All You, represents the pure-pop side of the band, with its love-song lyrics. In this case, it's the tale of the breakup of an affair with the girlfriend giving up the protagonist for another guy. <<>>

The group really shows its Fab Four influence on one of Dan O'Neill's songs, Going Nowhere, a kind of sad love song that one could interpret in several ways. It's a good piece of writing that distills the feeling and style, if not some of the riffs from the Beatles Revolver or Rubber Soul albums. <<>>

One of the most memorable songs on Fundamentally Sound is another of O'Neill's compositions, The Money Factory, which makes a rather stinging indictment of sex discrimination in the corporate world, in the guise of a happy-go-lucky sounding pop song. <<>>

Another bit of social commentary from O'Neill comes on Under the Big Top, which looks at life as a circus. <<>>

As a change of pace, the group includes a fun instrumental called Savage Beach which sound likes something out of an old spaghetti western, with twangy guitars and castanets. <<>>

The album ends with its longest track, another O'Neill composition called Self-Inflicted, a somewhat melancholy song about a dysfunctional relationship. Despite the subject matter and mood, Javelin Boot still imbues it with their pop charm. <<>>

The fifteen-year veteran Austin, Texas-based trio Javelin Boot, on their latest album Fundamentally Sound do something still rather rare in this day and age -- making music that is outwardly simple and direct in sound, but also intelligent and literate lyrically. It's an interesting combination that recalls groups ranging from the Beatles and Byrds to R.E.M. And they do it while exuding a kind of innocent charm by using their jangly guitars and doing vocals harmonies that are simultaneously tight and true while still hinting at a garage-band quality. It's a clever synthesis of contrasts that will attract rock fans from Baby Boomers to their kids.

Sonically, the album brings no complaints from me. This kind of music by its nature is not exactly audiophile showcase material, but the album's mix and overall sound are quite good, and pleasingly uncluttered, nicely in keeping with the band's sound. Javelin Boot did a good job producing their album by themselves.

Simple-sounding pop music does not have to be dumb, and Javelin Boot's Fundamentally Sound carries on a great tradition going back to the Beatles and before.