Homegrown Music is WVIA-FM's exclusive series which each week showcases the talents of regional contemporary music artists in recordings produced in the WVIA-FM studios by series host George Graham. Homegrown Music (HGM), presents new performances most Tuesdays at 9:00 PM. June special features include a live concert with the Badlees on the 10th, and some archive segments as part of WVIA's 30th anniversary celebration. Further information on Homegrown Music may be obtained via the World Wide Web at http://georgegraham.com/hgm_main.html

June 3 Dave Wight. One of the region's finest songwriters over the years, Dave Wight passed away on May 14 after a long battle with cancer. Dave made over a dozen appearances on Homegrown Music going back to 1979, when he was a member of Old Friends. His songs are marked by a combination of gentle wit and great melodic sense. This segment presents a cross-section of the nearly 100 original songs he recorded over more than a decade and a half of appearances on Homegrown Music.

June 10 A Live Homegrown Music Concert with THE BADLEES and JOE CHARLES. WVIA-FM's monthly series of live two-hour concert-broadcasts continues with the return of the region's best-known rock band. 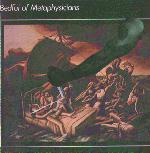 June 24 Bedful of Metaphysicians. One of the more notorious groups to emerge from Homegrown Music, Bedful of Metaphysicians was known for their combination of sophisticated art-rock and fusion arrangements with skewed sense of humor. Their self-titled LP, released in 1986 to a critical accolade in the then-young "Spin" magazine, included material from their Homegrown Music segments. It has become a much sought-after collector's item. This edition of Homegrown Music features highlights from their various original WVIA sessions during the 1980s.