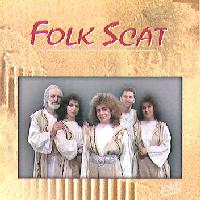 World Music has gotten to be a bit of a growth industry, at least in terms of the number of albums being released. In the past few years, a remarkably wide variety of sounds from locales ranging from Madagascar to Peru to Tuva have been appearing on CD releases in the US. The music runs from true folk music of the respective cultures to some very Westernized pop. Not surprisingly its appeal for American audiences varies quite a bit, depending on how, let's say, "foreign" the music sounds.

One of the surprise hits of the World Music scene has been traditional folk music from Bulgaria, sung by the Bulgarian State Women's Chorus, in the Le Mystère de Voix Bulgares series of albums. The style is haunting, with a combination of sad melodies and unusual vocal technique, sung acapella and often in unison or with simple counterpoint, a technique that it also part of Gregorian chant, which has also reached near fad level. While the Bulgarian women's chorus music has a certain appeal for its exotic sound, it's probably not the sort of style most Americans would want to listen to every day.

This week we have an album that draws on the Bulgarian folk tradition and fuses it with something very far removed in time and place -- jazz bebop scat singing. The group and album are descriptively entitled Folk Scat.

Recordings combining disparate musical cultures is also getting to be a growth industry. The rise of a World Music scene, is inspiring musicians from all over to trample across stylistic borders, and some seemingly unlikely new combinations are appearing, such as Scottish Gaelic with African, African-American gospel with Norwegian folk, and flamenco with hip-hop. Some have resulted in remarkably memorable and creative music, while other such attempts have been reminders that there is still such a things as "culture clash."

Fortunately, Folk Scat is in the former category, a wonderfully refreshing and creative sound that combines the best elements of both Bulgarian folk and jazz singing. This Bulgarian quintet borrows some of the interesting facets of the country's folksinging tradition, such as the somewhat exotic melodies that are "modal" as music majors would describe them, and the odd time-signatures that turn up in Eastern European dances. They combine it with the complex harmonies and swinging rhythmic approach of jazz. Folk Scat also brings a singing technique that can slide quickly back and forth between the rustic folk style and a very sophisticated jazz sound. In addition to singing acapella, Folk Scat employs some percussion and occasionally violin, played by the group's leader and founder Kiril Todorov, a composer who has also created numerous scores for Eastern European film and television productions. Todorov also plays the percussion and sings the low parts.

Unlike the Voix Bulgares recordings Folk Scat is a mixed chorus, with voices ranging from baritone to soprano. The other members of the group include sopranos Mariana Vlaeva and Antoaneta Krumova, alto Diana Georgieva and tenor Todor Gerdjikov. They are all outstanding singers who can slip easily between the two very different vocal approaches the album combines. The recording was made in the Bulgarian capital of Sofia.

Most of the material either draws upon traditional folk or was inspired by it. There are several original pieces by Todorov, and the group does a very-American jazzy-sounding version of Beethoven's well-known piano piece Für Elise.

The album leads off with one of the original compositions by Todorov, based on traditional folk music and even subject matter. It's called Ianinku, about a young woman whose great beauty causes jealousy among her family. The piece has a decidedly Eastern European folk flavor, but the group often slides into their complex jazz harmonies. <<>>

One of the most interesting tracks on the record is called Repne, Kalinke, translated as "Jump Up Kalinke," with lyrics are an invitation to dance. The traditional piece has two distinct parts. The opening and closing sections have a haunting melody which Folk Scat jazz up. <<>> In the middle section Todorov gets out his fiddle and dual, a Bulgarian frame drum, and provides a stylistic reminder that Bulgaria borders on Turkey and the Middle East. <<>>

Another absorbing stylistic amalgam is Chompilche. It's an original and multifaceted piece by Todorov that simultaneously has an Eastern and Western sound, with the sophisticated jazz harmonies combined with the almost Middle Eastern tonality and Eastern European irregular meter, and the kind of vocal ululations made famous by the Bulgarian Women Chorus. <<>>

The group's version of Beethoven's Für Elise is decidedly Western, and is, ironically, the most straight-out jazz-styled performance. The arrangement is a nice one, and well-performed. <<>>

Folk Scat includes a set of traditional Bulgarian Christmas lyrics with a new tune by Todorov. The piece is called Koledarska Pesen. The haunting, melancholy melody sounds as if it would be at home in a cathedral. <<>>

In a style more in keeping with what most people associate with Bulgarian folk is a piece called Vezala Rada, which is based on a traditional melody. The title, by the way translates as "Rada Was Embroidering." It's a short tale of a woman who put aside her needlework to fetch some water and see her lover in the process. Again, there is an interesting contrast between the wailing style of vocals with the vaguely jazzy harmonies. <<>>

A similar East/West dichotomy, with the balance more toward the jazzy side, comes on an original piece by Todorov called Rachenitsa. This is a scat piece -- that is the lyrics are just meaningless syllables -- with the 7/8 meter and some of the folk vocal techniques giving the piece its Bulgarian flavor. <<>>

The most unusual track on the record is another original whose title translates as The Mountain Has Become Clear. It's done mostly as a solo vocal by the group's alto, Diana Georgieva, who takes on an almost Middle Eastern quality, while the rest of the group occasionally comes in with spacey drones. <<>>

The track that probably best epitomizes Folk Scat is Bre Petrunko, a traditional tune arranged by Todorov. With its added fiddle and percussion, the vocal style again ranges from traditional Bulgarian to sophisticated jazz. <<>>

Folk Scat, the new album by the eclectic Bulgarian vocal group of the same name is another of those gems of stylistic culture mixing that turns out surprisingly well. It's a fascinating and very enjoyable blend of elements of acapella Bulgarian folk music and sophisticated jazz technique -- rather like the Bulgarian State Women's Chorus meets the Manhattan Transfer. The melodically exotic folk songs, some in unusual rhythms, turn out to have a lot in common with contemporary jazz, and the result is great listening that's likely have wide appeal beyond the fans of exotic World Music and even jazz. Composer, arranger and Folk Scat leader Kiril Todorov has come up with a skillful blend that might have turned out to be a mess in lesser hands.

Sonically, the album is commendable. Sofia may not be known as a major music studio capital, but the recording is world class. I just might have gone a little easier on the reverb in a few places.