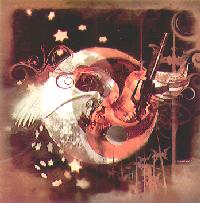 Bruce Cockburn: The Charity of Night -- by George Graham

It seems a bit of a shame that one still has to explain who Bruce Cockburn is, to even fairly knowledgeable music fans in the United States. That puts him in the league with artists like Richard Thompson or the late Townes Van Zandt as a veteran singer-songwriter who has won enormous respect over a lengthy career, but almost no commercial success in this country. Bruce Cockburn has just released his twenty-third album, entitled The Charity of Night.

Cockburn is far-better known in his home country of Canada, which has been the source for many acclaimed practitioners of the art such as Gordon Lightfoot, Joni Mitchell, and Neil Young, plus others like Murray McLachlan, Jane Siberry, and the late Stan Rogers who are still probably better-known north of the border.

Cockburn, a fifty-one year old Ottawa native was, like so many others, drawn to rock & roll as a youth by Elvis Presley. Growing up, he took clarinet and trumpet lessons, but soon gravitated to guitar and piano, mainly to be able to play rock, which he did in bands during his teens. But he also “fell in with some folkies,” as he puts it during the 1960s. After spending some time as a street musician in Paris, he resumed his formal training at the Berklee School of Music in Boston, known for its strong jazz curriculum. He studied composition and arranging, whose legacy is apparent in his writing, which is notable for its musical as well as lyrical interest, and the regular inclusion of instrumentals on his recordings.

Though he was still playing in rock bands after he returned to Ottawa following his studies, he began to concentrate more on songwriting, and took to the solo folkie mode as something of a reaction against the rock band scene. It was the late 1960s and performers like James Taylor and Neil Young were moving from electric bands to more acoustic performance styles.

In 1969, Cockburn recorded his first solo record, which was eventually released in 1971 in the US, with a snafu which presented his Canadian record label True North as the title of the album. Since then his career has been a succession of such mishandlings by numerous American record labels. And a good portion of his output was not released in this country until fairly recently. While he consistently has been winning Canadian gold albums, in 1979 he had the closest thing to an American hit with his song Wondering Where the Lions Are, which reached the 20s on the pop singles charts.

Over the years, Cockburn has gone on record from the solo acoustic artist with a decidedly pastoral lyrical direction, to a more electric performer addressing political issues and also bringing a little of his Christianity into his songs. While occasionally changing stylistic direction, he has remained the articulate, though sometimes circumspect lyricist, and an instantly recognizable performer with his distinctive but likable voice and sense of musical values that echo from the days of the Sixties folksingers.

In recent years, Cockburn has been trying different approaches to recording, including making his first album in the US five years ago, working with producer T-Bone Burnett, and bringing some blues influence into his music. For his new album, The Charity of Night, Cockburn served as co-producer himself for the first time, in conjunction with fellow Canadian Colin Linden, and put together an interesting, rather jazzy group to join him. They include acoustic bassist Rob Wasserman, known for his duet collaborations with a range of interesting rock personalities, and jazz vibes great Gary Burton, whom Cockburn may well have met back in his days at Berklee. The drummer is Gary Craig, and there are some well-known guests making cameo appearances, including Bonnie Raitt, who plays guitar, rather than sings, plus Maria Muldaur helping with backing vocals. Some up-and-coming women on the folk scene are also among the supplementary singers, including Jonatha Brooke of the Story, Patty Larkin and Ani DiFranco.

The new album continues some of the bluesiness that began with Cockburn's 1991 release Nothing But a Burning Light, but adds elements such as the jazz influence inherent in the backgrounds of the supporting players, along with hints of the rhythms of alternative rock and hip-hop. Of course, Bruce Cockburn the folkie is never far away.

The album's title sets the mood for the music -- there is a kind of dark quality to much of the material, both in terms of arrangements and lyrical direction. Some of it is storytelling, there are a couple of oblique love songs, and plus a track with a political message -- in this case, a plea against the civilian carnage caused by old land mines in Africa. There is an air of pessimism to some of the songs, adding to an atmosphere that has been described as the musical equivalent of film noir.

The album begins with a piece setting the tone for the whole recording, Night Train. The song conveys the dark mood that is evoked by a good portion of the material. The urgent beat hints at the train that is the lyrical metaphor around which song was woven. <<>>

Cockburn does several pieces in which he speaks, rather than sings parts of the songs, something has done from time to time in the past. Imbued with a bluesy quality is Get Up Jonah with its oblique and cryptic imagery. <<>>

Bruce Cockburn the old folkie makes a return on one of my favorite tracks on The Charity of Night, a song called Pacing the Cage. It's also got some of his best lyrical wordcraft on the album. <<>>

Bonnie Raitt makes her appearance on slide guitar on The Whole Night Sky, also a fine piece of writing on Cockburn's part. Despite the appealing musical setting, it's lyrically a lament. <<>>

The of the most fascinating of the album's works is Birmingham Shadows. The lyrics in this nine-minute opus are full of dark urban images, while the arrangement, featuring Gary Burton, has a breezy jazz influence. <<>> Cockburn gets a chance to put in a nice solo on his resonator guitar, an instrument usually used by acoustic bluesmen. <<>>

A folk-jazz blend is featured on the CD's instrumental, Mistress of Storms, done as a duet with Cockburn's acoustic guitar and Burton's vibes. They prove to be a nice musical pairing. <<>>

The most powerful lyrics on The Charity of Night come on The Mines of Mozambique. Back in the 1980s Cockburn travelled to Central America whose guerilla wars inspired the song If I had a Rocket Launcher. Recently, Cockburn went to Mozambique in connection with a Canadian relief group seeking to remove the thousands of land mines left over from the African country's civil war, that daily kill and maim people in the countryside, trying to make a living from the land. That provides the basis for this fine composition.<<>>

The title piece is another lengthy work with Gary Burton's jazzy vibes making their presence felt. The Charity of Night perhaps epitomizes the film noir quality of the album. Cockburn says the song is based on true events. It juxtaposes a gritty narration with melodic chorus sections. <<>>

The album ends with one its most plaintive-sounding pieces, Strange Waters, which builds to a melancholy crescendo with its rather pessimistic lyrics. <<>>

Bruce Cockburn's new album The Charity of Night shows the veteran Canadian singer-songwriter again in fine form. The album marks yet another departure for him with his self-production of the recording and his choice of jazz musicians Gary Burton and Rob Wasserman to accompany him. He also continues his blues influence and remains an outstanding lyricist. But it's also one of his darkest and most lyrically downcast records. This is a very long way from being a party album, but he can be melancholy without being maudlin. The result is an outstanding album for contemplative listening.

Sonically, the album is decent but not stellar. There is occasionally some odd stereo placement that harkens back to the 60s with the drums sometimes all on one side and bass on the other. There's also a little too much compression at times, but the mix manages to get everything across, and audio effects are held in check.

Bruce Cockburn, though he may still be relatively obscure in the US, has developed a growing number of fans in this country. His new release The Charity of Night will probably be well-received by most of them, though the album's lugubrious quality makes it highly unlikely that this will ever be the hit that this articulate, versatile veteran artist so richly deserves.