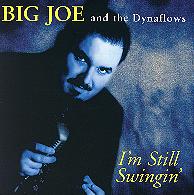 These days, it's not hard to find good blues on record from up-and-coming bands as well as from veteran performers. There's a healthy gamut of styles being represented from the popular electric style pioneered in Chicago, to the Texas variety, to acoustic Delta and Piedmont-style blues to more contemporary funky approaches. But a style called "jump-band" blues is rather less common in the current blues revival.

Pioneered in the 1940s by such musicians as Louis Jordan, who came from a jazz background, the jump bands came out of the big-band era when jazz was heading towards be-bop. Instead, other players directed their attention to a sound that would eventually become rhythm and blues. Wynonie Harris, Big Joe Turner, T-Bone Walker and of course, Jordan made music that was fun, danceable and would turn out to be a major influence in rock & roll.

Today, Roomful of Blues has been carrying on the jump-band blues tradition, with their big horn section, and combination of old songs and original music in their repertoire. Roomful of Blues has been together for close to 30 years now. One of the band's founders, guitarist Duke Robillard, is also keeping the tradition alive on his own albums, and other artists are occasionally dabbling with the style. Perhaps one of the reasons for jump-band blues' relative rarity on the scene is the fact that playing it properly takes first-rate musicianship. Flashy rock players need not apply. As Duke Ellington said, "It don't mean a thing if it ain't got that swing." Hearing swing-impaired rock players attempt jump-band blues can be pretty sad.

This week, we have the latest album by a band who are certainly do know how to swing and are carrying on the jump-band tradition in style. It's Big Joe and the Dyanflows, whose new CD is entitled I'm Still Swingin'.

Big Joe Maher is a relative rarity in the blues: a combination lead vocalist and drummer. He's from the Washington, DC, area and grew up on his father's records of Louis Jordan and Big Joe Turner, along with the organ jazz of Jimmy Smith. He took up the drums in school, and went the usual route of playing in various local bands before joining the Uptown Rhythm Kings, an eight-piece R&B group, in 1984. It was in that band that Maher first worked with future Dynaflows bassist Jeff Sarli. Later, after Maher formed he Dynaflows, he recruited young keyboard man Kevin McKendree. Four years ago, they released their first nationally distributed CD, Layin' in the Alley, which featured more or less a regular band. For the new album, the personnel varies somewhat, with Maher, and Sarli's big, swinging upright bass providing the constant rhythm section. Sarli, by the way, has gone on to play some bass on the Rolling Stones' Bridges to Babylon album. McKendree, who now works in Nashville, and guitarist Alex Schultz, who spent several years with Rod Piazza and the Mighty Flyers, are most frequently heard, but another guitarist and keyboard player also make occasional appearances. Prominent for most of the album is the horn section, consisting mainly of Mark "Kaz" Kazanoff overdubbing multiple sax parts. Other horn players are also brought in for some of the tunes.

Big Joe Maher carries on the tradition of his namesake Big Joe Turner, in being a classic "blues shouter," a big guy with a big voice delivering the blues with plenty of swing. Maher also cites the New Orleans R&B scene as an influence, and that can be heard in the selection of music, including four songs from the pen of legendary New Orleans producer Dave Bartholomew. While this is a fairly generaous album at about 48 minutes, there's less original music than on Big Joe's Layin' in the Alley, but as on its predecessor, the cover material on I'm Still Swingin' is rather obscure; there are very few of what could be called blues standards, yet the material all has a classic sound.

The album begins with one of those Dave Bartholomew songs, Playgirl, whose introduction reminds one of Leiber and Stoller's Hound Dog, which was an R&B hit by Big Mama Thornton before Elvis Presley got hold of it. Big Joe and the Dynaflows do a great shuffle version with the kind of strong backbeat for which Maher and company are known. The arrangement is pure jump-band blues with the horn section honking away, while Jeff Sarli's big acoustic bass and Kevin McKendree's piano keep things moving. <<>>

Also written by Bartholomew is Bad Luck Blues, a typical set of blues lyrics if there ever were one. The track shows Big Joe's New Orleans R&B influence. <<>>

One of the album's swinging highlights is a song co-written by B.B. King called Early Every Morning. In addition to Maher's outstanding Big Joe Turner-influenced vocals, the track provides a chance for some succinct instrumental solos by, among others, guitarist Alex Schultz. <<>>

Big Joe and the Dynaflows also include some good slow tracks. On the Other Hand was written by Ray Charles, and the band does the song justice. Guest trumpet man Clyde Hunt is prominent. <<>>

The group also does a pair of instrumentals in classic jump-band style. 'Lil Phil's Shuffle is an energetic boogie-woogie, with John Cocuzzi adding vibes to the instrumental lineup. Big Joe Maher has also cited jazz vibes master Lionel Hampton as one of his influences. <<>>

Big Joe seems to be at his best with a medium tempo shuffle. Thus, the original song Big Long Buick is one of the album's highlights. A blues album would not be complete without a song about a big flashy car. In this case, it's got a Dynaflow transmission. <<>>

Another original is a slow R&B ballad called I'll Always Love You which has all the right ingredients, but seems to fall short of the level of much of the rest of the album.

Cocuzzi's vibes are also featured on an old song written by Little Milton Campbell, My Baby Pleases Me, which is given the full swinging treatment, with the Lionel Hampton influence again being heard. <<>>

Probably the jazziest track on this generally swinging record is the second of the instrumentals, Lex Meets Big, named after guitarist Alex Schultz and Maher. Again, the vibes give a classic touch, while McKendree is heard on organ. <<>>

The album ends with a rather obscure Louis Jordan song Lemonade, whose amusing lyrics are wryly performed by Maher, while the band proceeds at an easy swing tempo. <<>>

Big Joe and the Dynaflows' new album I'm Still Swingin' is an aptly named record by Washington, DC area drummer/vocalist Joe Maher and his group assembled for this CD. Big Joe's musical heart is in the jump-band blues of the 1940s and early 50s, and this album again shows that he is one of the best at reviving the style: swinging, shuffling and boogieing with great authenticity. His classic blues-shouter vocal style, and the almost all-acoustic instrumentation, relying on the upright bass and horn section, makes the album a great addition to the collection of fans of this rhythmically infectious side of the blues, which has not seen as much activity among younger performers as other blues styles.

Sonically, we'll give I'm Still Swingin' about a B-minus. You can hear everything in the mix, but the recording itself is a bit sloppy with some distortion in the vocals and horn section, and a rather indistinct and occasionally muddy sound on the acoustic bass, which should be really prominent in driving the music. The old blues recordings from fifty years ago had some technical limitations, but that's no excuse to try to emulate those in the CD-era. The group's 1994 album Layin' in the Alley had much better sound.

Technical foibles notwithstanding, Big Joe and the Dynaflows are "Still Swingin'" and helping to keep jump-band style blues alive and well.