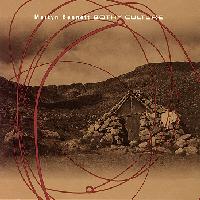 Sometimes I wish there were more synonyms for the word "eclectic," so I wouldn't have to depend on the adjective so much in describing the music that most attracts me, music that borrows from disparate genres and combines styles, sounds or existing compositions in unexpected ways. If you are a regular listener to this series you know that a lot of fascinating musical boundary-crashing has been going on since the 1980s. These days, it's reaching a fever pitch, especially with regard to devising new amalgams of World Music. And this week we have a most impressive example in the form of the new CD by 26-year old Scottish-based multi-instrumentalist Martyn Bennett entitled Bothy Culture.

Musicians from all over are discovering, or re-discovering traditional styles from around the globe running from Celtic to African to Eastern European to Middle Eastern to Asian to Native American to South American to Aboriginal Australian. Some are attempting to give new life to the traditions by following them as closely as possible, while others seem to be in a kind of competition to see who can come up with a more unlikely blend of styles using those traditional influences. New Age-style artists have been especially active doing this kind of thing, mainly by borrowing the exotic instrumental sounds, sometimes without really capturing the spirit of the music. Somewhat surprisingly perhaps, the dance music scene has also been an area of active culture collisions, with Asian and Middle Eastern influences being woven into a techno dance beat. Martyn Bennett places into his musical cauldron traditional Scottish music, techno and rave dance sounds and some Middle Eastern influence does it with a sense of creativity and prankish fun that yields an absolutely fascinating result.

This is not the first time Celtic and hip-hop sounds have been fused together. A group called Mouth Music several years ago came up with an amazing blend of traditional Gaelic, African and hip-hop. Another was Paul Mounsey and Nahoo, who also combined Celtic with synthesizer-driven dance beats. Martyn Bennett adds a newer, European techno-rave beat and combines it with a genuine feeling for traditional sounds and some exceptionally fine musicianship. He also takes the usually inflexible sample-driven techno-beat and converts it to jig time to come up with something quite original.

Martyn Bennett was born in Newfoundland, Canada to a family originally from the Isle of Skye and Wales. It was in a community that preserved a Gaelic language tradition from Scottish immigrants. At age six, Bennett moved with his family to Scotland. At 15, he enrolled in the Royal Scottish Academy of Music and Drama in Glasgow, where he received formal classical training on violin and piano. He also took up traditional Scottish folk music, playing the bagpipe. In 1990 at age 19, he found himself attracted to the budding rave dance scene, which was quite active in Glasgow. It wasn't long before he started putting his very diverse musical interests together, wrapping himself into the electronics of dance music and the traditional instruments of folk and classical. He was commissioned to create music for theatrical productions and eventually soundtrack work. He performed solo and also served in such roles as being the official bagpiper for the President of Tanzania when the latter visited Glasgow.

In 1996, Bennett released his debut album, which has not officially reached these shores. Bothy Culure is the second recording under his own name, but the first to be released in the US.

A "bothy" by the way, as a small stone dwelling built on the highlands of Scotland which served as temporary shelters and refuge for travellers or sportsmen. It is said that those camping at the bothies would often engage in song to pass the time.

Martyn Bennett's music is a long way from the campfires in the Scottish highlands, but there are echoes of that all over it, while at the same time synthesizers, samplers and drum machines pound away -- though in intricate rhythms.

Although both Mouth Music and Paul Mounsey have creatively blended Celtic and dance music, there are other dance cum world-music blends that reduce to the lowest musical common denominator of either -- squeaky old instruments with an oppressive inflexible beat. Martyn Bennett does exactly the opposite, using the samples and electronic sounds of rave and weaving them into lively the jig and reel rhythms of Celtic music, sometimes adding even more complexity and interest. Though Bennett plays his bagpipes, fiddle and some flute, traditional Scottish instrumentation does not dominate this music. Bennett also often switches from being a fiddle player to being a violinist -- using more classical technique in his arrangements. Though Bennett's music is instrumental, there are all kind of interesting wordless vocal sounds, and one track consists of a Gaelic rave accompaniment to a recording of a Scottish poem read by its late author. Bennett plays all the instruments on his CD which was recorded in his home studio.

The album opens with one of its most wildly eclectic tracks, Tongues of Kali, based on a Punjabi folk song about a Hindu goddess, played with a techno dance beat on bagpipes. <<>> It's also a good example of what sets Bennett's music apart from other World-Beat artists in that after the culture shock wears off, the composition turns out to be a rather interesting piece of music in itself. <<>>

A more straight -- if you could call it that -- Celtic-dance blend comes on a piece called Aye? which starts out being woven around some samples of Bennett on the phone with his girlfriend. The beat is more toward acid-jazz than techno, if one can split such hairs. <<>>

Another of the more fascinating and downright creative pieces on the CD is Hallaig, based on a recording of a poem of the same name written and read by late Scottish poet Sorley MacLean, who died in 1996 at the age of 85. Bennett adds a dance beat but also some interesting instrumentation. <<>>

That segues into another piece with a decided Middle Eastern ambience. Ud the Doudouk is named after two traditional instruments from the region. After setting up the appropriately exotic atmosphere, <<>> Bennett then breaks into a kind of Moroccan techno-jig. <<>>

Bennett uses a theme that pops up in Ud the Doudouk to form the basis of the following piece called 4 Notes, which also incorporates some Middle Eastern sounds. <<>>

If that were not enough, Bennett goes for some Scandinavian folk influence on Joik, based on type of chant, again woven into a techno dance beat. Bennett also gets to do some interesting fiddle work. <<>>

With an intentionally Irish influence is Yer Man from Athlone, another Techno-Celt agglomeration, with a sense of good fun. <<>>

The album ends with the closest thing it has to a slow piece, Waltz for Hector. It is based on a traditional tune like a lament, whose slow pace is superimposed on the busy electronic percussion doing interesting polyrhythms. There is also a hint of Middle Eastern tonality and a drone-like quality in the instrumentation. <<>> In the end, it goes out with a traditional bagpipe dirge. <<>>

Martyn Bennett's new CD Bothy Culture is another of those increasingly frequent genre-bending blends of very disparate styles. Sometimes such culture clashes can be just that, but Bennett has done one of the most creative such albums I've heard in a long time. His skill as a musician, including his classical training, plus his feel for the traditional, as well as a sense of adventurous good fun all come across in his music. Bennett's approach to adding dance rhythms is quite creative, molding the samples, drum loops and synthesized percussion around the 6/8 jigs of Celtic music, rather than imposing the oppressive inflexible driving beat of typical techno-dance music. And if you listen carefully, there are some really interesting things going on both rhythmically and instrumentally. I think this album really qualifies as one of those "ear grabbers," a record that makes people stop what they are doing and listen when it comes on. Even in these days of World Music fusion, Bothy Culture stands out for its creativity and content beyond just the novelty of a Gaelic-Middle Eastern-techo confluence.

Sonically, the album is fairly good. Samples and drums loops by their nature are distorted-sounding and usually heavily compressed, though the overall sound of the CD is reasonably clean. Perhaps because of the home-studio venue for the recording on a multi-track recorder with a limited number of tracks, a few of the selections on the CD are mixed with everything in the middle and no stereo separation or much depth, while other pieces have wide separation and instruments panning back and forth psychedelic-style. Bennett recorded the CD himself, though he got help in the mixing by none other than Mouth Music founder Martin Swan.

For those of us drawn to the musically fresh and unconventional, Martyn Bennett's Bothy Culture, with its blend of the old and the technologically trendy, executed with great skill and creativity is an eclecisist's delight.

(c) Copyright 1997 George D. Graham All rights reseved.
This review may not be copied to another Web site without written permission.