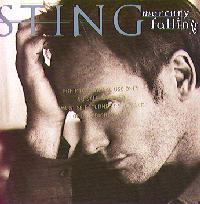 Most music critics, like myself, tend to complain at frequent intervals about how bad is the music that gets to the top of the charts. That is usually true, since most people who buy records don't think or listen to music like the self-styled judges of artistic merit. But once in a while an artist comes along who makes music that pleases the pundits and actually sells well. We have a current example with Tori Amos, whose fascinating album Boys for Pele went to number two on the charts in its first week. But that's the kind of exception that is hard for even seasoned observers of the music business to explain. Usually albums as interesting as Ms. Amos' sell mainly to the group's relatives, close friends and few others, critical accolade sometimes being like the kiss of death for potential sales.

And then there are a handful of artists who have become so well-established commercially that they have the luxury of putting out good music with the reasonable expectation that it will sell, despite a relatively uncommercial sound. Probably the best example of that is Gordon Michael Sumner, better known as Sting, whose new release is entitled Mercury Falling.

The bassist and vocalist who got his nickname from a black and yellow jacket he wore that resembled a bee's colors, was the front man for one of the world's most popular bands during the early 1980s, the Police. Since the trio broke up, Sting, who did most of the writing for the band, has been putting out a series of infrequent, but much-anticipated solo recordings that immediately appealed to his former group's huge fan base, but quickly moved beyond the Police's sound. While there was a degree of jazziness in the Police's style, Sting let that influence grow in his music, enlisting first-rate jazz musicians, who returned his phone calls, again based on his success with the Police. To his credit, Sting didn't allow commercial considerations to color his music much, with each of his four previous solo albums marking a further step forward, or in the case of The Soul Cages a phase in his career and life. His music is marked by sophistication in both musical and lyrical facets -- creative compositions with jazzy harmonies and frequent use of unusual time-signatures, and lyrics than ran from allegorical hints at autobiography to social commentary.

His last album from three years ago, Ten Summoners Tales, moved a bit more in a rocky direction in terms of instrumentation -- with more of an emphasis on guitars, and fewer contributions by straight-ahead jazz musicians. But Mercury Falling moves back a bit toward the jazzier side, with the return of pianist Kenny Kirkland, who was absent from Ten Summoners Tales, and cameo appearances by saxophonist Branford Marsalis, who was also a part of Sting's earlier solo records. The new album continues Sting's penchant for musical eclecticism, incorporating some of the other non-rock influences he has drawn on in the past, including Celtic and latin sounds. Also this time he brings in the Memphis horns for a little R&B flavor that works surprisingly well. And to throw a curve, he ventures into country, albeit a bit clumsily.

His earlier solo albums had a revolving cast of players, but on Ten Summoner's Tales he settled into having a regular band throughout the record, with some added guest musicians. Sting continues that modus operandi on Mercury Falling with a blue-chip four-piece ensemble that includes keyboard man Kirkland, guitarist Dominic Miller, who has been with Sting for the better part of a decade, drummer Vinnie Colaiuta, who is another holdover from Ten Summoner's Tales, and Sting himself who plays both electric and acoustic bass in a very tasteful and understated style. Also continuing on the team was co-producer and engineer Hugh Padgham, whose association with Sting goes back to the Police days. Padgham's work is also a class act.

Some critics have faulted Sting for his tendency toward lyrical angst or pretense. But I think this album is probably his best yet, in terms of being literate, poetic and avoiding preachiness or affectation. Each of his more recent releases has had a loose lyrical theme -- especially The Soul Cages with its nautical images and references the reconciling with his father. His last album was mainly a collection of love songs from different perspectives. I suppose Mercury Falling could be considered his "winter album," with frequent references to the cold season. The album's title refers to declining readings on a thermometer and as a phrase turns up in both its first and last songs. Further this album shies away from the autobiographical direction of his earlier work.

Musically, Sting again comes up with fine, sophisticated compositions, with his trademark forays into unconventional five and seven-beat meters, and interesting chord changes, even on what seem like outwardly like simple pop tunes. As he has in the past, Sting does not go completely eclectic, but includes enough material with potential commercial appeal that he will not lose his wide audience, while at the same time drawing those who might like his pop songs into his more creative musical realm. When he does go for the more pop side, he manages to do it without much compromise. The result is the finest Sting album since The Soul Cages.

An example of how this pop star resists temptations for marketplace concessions is the fact that Mercury Falling begins with one of its more interesting pieces, The Hounds of Winter. It sets up the lyrical theme of the record, and showcases the excellent musical writing and arranging, served up by the outstanding band. <<>>

Released as the first single on the record is Let You Soul Be Your Pilot, which shows some of the R&B influence that creeps into this release. The lyrics are an upbeat admonishment to follow your heart, while the Memphis horns and the London Gospel Singers provide an appropriate inspirational atmosphere. <<>> In the extended album version, Sting and company get funky in their own partly British, partly American way. <<>>

A piece called I Hung My Head is also an interesting and multifaceted blend. The lyrics are an unusual story written in the first-person of someone with a gun impulsively shooting an innocent horseback rider, then facing the consequences. The musical setting has a 1990s processed pop drum sound, but the song is in 5/4 time. <<>>

Sting has brought some Celtic influences into his music from time to time, especially through the addition of some bagpipes to his arrangements. He has also appeared with the Chieftains. Valparaiso on Mercury Falling is another intriguing blend. While the pipes at the beginning of the tune, the slow jig rhythm, and the nautical images in the song's words recall the music of The Soul Cages, guitarist Miller adds a Spanish atmosphere. <<>> The track gets into an interesting jam toward the end, with Sting's acoustic bass adding a nice touch. <<>>

Also with a Celtic, or old English aura is the musical setting of the beginning of I Was Brought to My Senses. <<>> Then Sting and company change direction in this optimistic love song, and go vaguely Brazilian, but in 7/4 time, with some help from Branford Marsalis. <<>>

Speaking of Brazilian, another interesting bit of stylistic juxtaposition comes on La Belle Dame sans Regrets, a bossa nova sung in French, that is in keeping with Sting's image of an urbane sophisticate. But it never reaches the level of lounge music. <<>>

All Four Seasons is an old-fashioned R&B influenced tune with the Memphis horns backing up the lyrics that also seem out of the of the past with their references to "my baby." Otis Redding it's not, but again the result with its good writing and first-rate musicianship is very respectable. <<>>

Perhaps the biggest surprise is an ersatz country tune called I'm So Happy That I Can't Stop Crying. Even the lyrics deal with divorce. But this is one track that doesn't ring true musically. BJ Cole's steel guitar seems forced into what really isn't a country tune in structure. <<>>

BJ Cole also appears on the closing track Lithium Sunset, which does work better, with its more folky direction. It provides a nice bookend to the recording with the album title forming the closing refrain. <<>>

Sting's new album Mercury Falling is only his fifth release (not counting a greatest hits set) in the nearly decade since the breakup of the Police, and his first in almost exactly three years. It turns out to be worth the wait. It's a fine record which continues the artist's blend of excellent writing with outstanding musicianship that draws on a healthily eclectic pallet of styles. The fact that Sting can make music this good and with the reasonable expectation that it will go platinum in sales, does make a statement that there is hope for quality in the pop music world. Though Sting doesn't break a lot of musical ground, with the exception of his unsuccessful foray into country, he continues to grow and develop as a fine composer. As a singer, Sting refinement increases, especially when compared to what he sounded like with the Police. His reunion with the jazz musicians, especially pianist Kenny Kirkland, on the new album also adds much. I would rank Mercury Falling among his two best releases.

Sonically, the album is a treat. Almost everything is well recorded and mixed without gimmicks. The exceptions are a couple of tracks with the annoying 1990s pop processed drum sound, but even within those selections, the rest of the sonic treatment is clean and audiophile-friendly.

If Sting were not a superstar, an album like Mercury Falling would languish in obscurity. Fortunately, this fine blend of musical sophistication and pop sensibility is likely to do well, and it not only makes for good listening, the pop music world will be richer for it.